IBOTECH is taking care of the adequate race feeling

Presented by our marking works

Clear markings for pedestrians and cars

Neat and accurate working is a matter of course for us

With clear markings on the road

Big crowd at the Formula 1

With IBOTECH-markings everyone still keeps track

The scratch lines are accurate here as well

Markings are leading the crowd

Pedestrians always know where to go

Ready for the launch

These racing cars are not moving

Scratching lines for the racing cars

At the Mercedes Benz stand

Many spectators are moving

The way to the Mercedes Benz stand is marked too

Going up for Formula 1 fans

The Mercedes Benz stand is an eye-catcher

Also at the Mercedes Benz stand at the Formula 1

Fans on the way to the race

IBOTECH as a Formula 1 partner

Also the standard Mercedes are worth seeing

Building block as a promoter of Hockenheimring 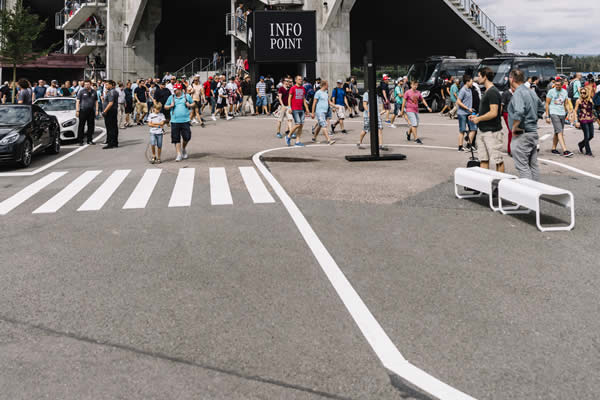 When the Formula 1 stops in Hockenheim the fans usually can expect a big motorized event. In 2016 Nico Rosberg, Lewis Hamilton and others were back at the Hockenheimring in Baden-Württemberg.

In the end Hamilton on Mercedes won the race and stayed the overall leader with Rosberg second.

On the podium after more than 90 minutes of racing Lewis Hamilton was next to Daniel Ricciardo on Red Bull (second) and Ricciardos teammate Max Verstappen (third). Nico Rosberg started from the pole position and finished the race as fourth. Sebastian Vettel in Ferrari was fifth.

Of course the main focus at a racing weekend is on the race itself on Sunday afternoon.

But also the extensive preparations before the event and the collaboration of many different protagonists and companies are important for a successful Formula 1 weekend. One of these important regional companies is the IBOTECH GmbH & Co. KG from Hockenheim. 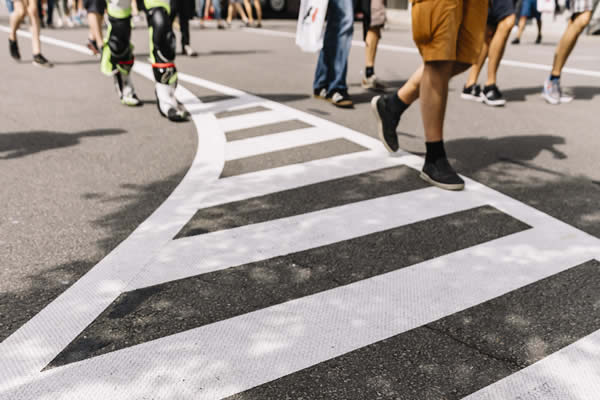 very visitor can feel that Formula 1 weekends are a big logistical challenge. A crowd of many thousand spectators is running over the ground – which makes a perfectly working infrastructure necessary.

For example: essentials as Toilettes, food or signposts. But also smaller and apparently less relevant things as professional markings are important for a mega-event like this.

Mercedes Benz is one of the major partners of Hockenheimring and involved IBOTECH with the professional marking works.

The markings at the Mercedes Benz stand should create a racing feeling and provide safety at the same time – for example by separation of different areas.

An exciting but also solvable job for the marking specialists of IBOTECH.

Mercedes Benz is a major partner of Hockenheimring 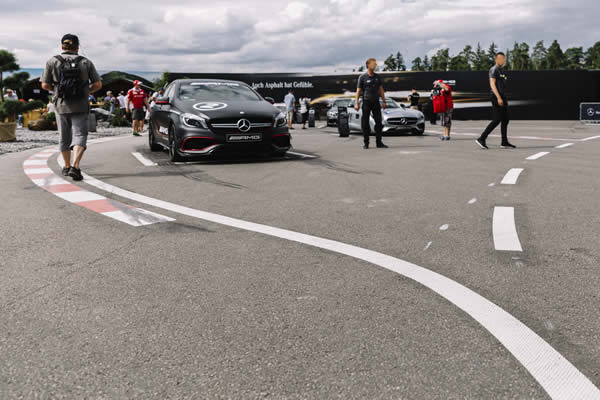 Not only because of the impressive grandstand Mercedes Benz is one of the most important sponsors at Hockenheimring.

Besides the Formula 1 weekend many other big events are taking place at the Hockenheimring.

The Mercedes Benz grandstand and area around that are in focus many times a year.

The grandstand of Mercedes Benz has a very special architecture with a lot of stalls in front of it.

During the Formula 1 weekend there are a lot of things to do around the Mercedes Benz stand – for example eating, drinking, information and watching exposed racing cars. Also there are special VIP-areas.

All these different areas must be separated from each other by professional marking works.

IBOTECH with marking works around the Mercedes Benz grandstand 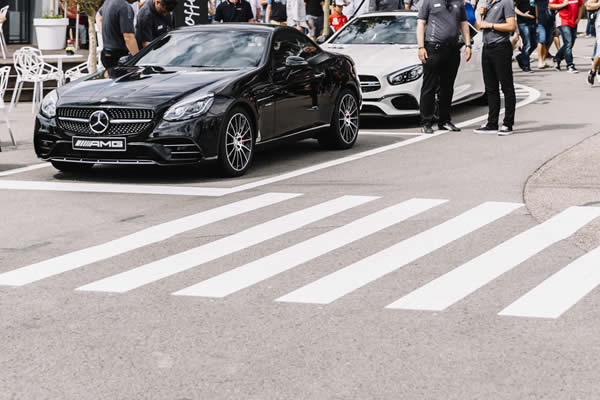 Which way is taking the crowd to the stands?

How can VIP-areas, food-stalls or show racing cars marked off?

Clear marking works are also important aside the racetrack.

IBOTECH was taking care of professional markings at the Formula 1 event in Hockenheim. Food and drinking stalls had to be marked off – as well as the parking lots next to the grandstand.

For example hatched zones and crosswalks were important.

Especially crosswalks are making clear what the main aspect about marking works at big events is: The safety is in the foreground.

Only with clear markings the safety of the crowd can be provided.

Besides the IBOTECH markings help to lead pedestrians and cars in the area. Not the main aspect but also important: the visual appearance.

IBOTECH is the specialist for marking works 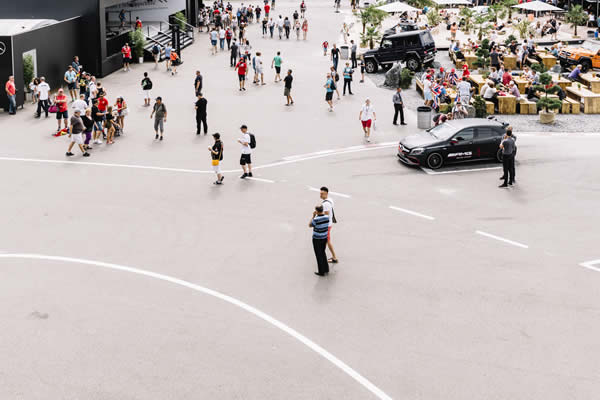 For special events like the Formula 1 weekend in Hockenheim IBOTECH is the perfect partner. But also in the usual business the specialist for marking works is a pro.

The company is doing temporary and permanent markings as well as demarkings. For these responsible works IBOTECH developed its own exceptional machines.

Generally speaking IBOTECH is responsible for safety in traffic – mostly in the Rhein-Neckar and Rhein-Main region.

Providing security can imply for example extra traffic lights or warning barriers. But it also can imply clear and accurate road markings.

And with their transportable safety barriers IBOTECH is also a reliable partner in terms of road work security. The safety barriers are very robust and if needed very fast delivered and constructed.

Building block as a sponsor for the future of Hockenheimring 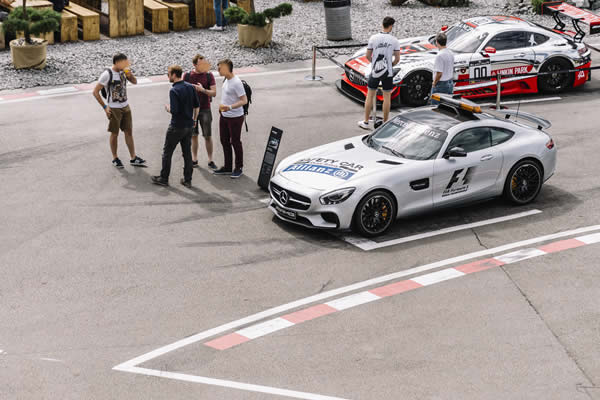 At the Hockenheimring IBOTECH was the specialist for marking works. The headquarters of the company is in Hockenheim – and there is a strong bond between company and city. For IBOTECH it was important to support the Hockenheimring with its renovation and refurbishment work. Especially in the years 2002 to 2004 a lot of things happened at the ring: the racetrack was shortened, the southern grandstand expanded and a driving safety center was built.

In these years a lot of regional located companies helped out the Hockenheimring by sponsoring and deserved a little memorial “building block for the future”.

The IBOTECH GmbH & Co. KG is one of these local companies and is eternalized with this block at the Hockenheimring. In addition to the smaller companies of the Hockenheim-region also bigger firms such as the Fuchs Petrolub AG did sponsor the ring. 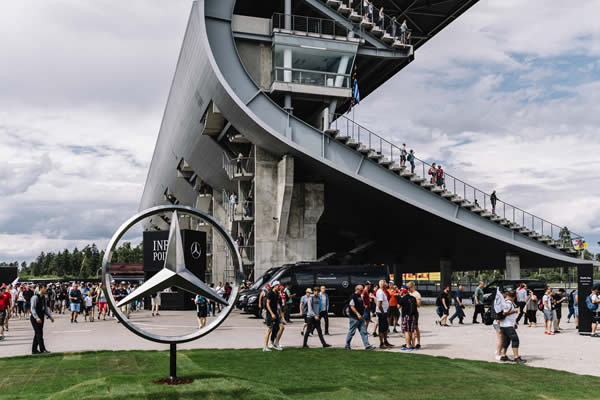 It is a trustful partnership between IBOTECH, Hockenheimring and Mercedes Benz. With the professional marking works around the Mercedes Benz stand IBOTECH was part of a successful Formula 1 weekend in Hockenheim.

Reliability and accuracy were the main factors to lead pedestrians and cars through the area with precise markings.

Besides IBOTECHs usual jobs for example in road work safety the company is a very reliable partner for special missions such as the marking works at the Formula 1 in Hockenheim.

In the following years IBOTECH is pleased to be part of the work around the Formula 1 weekend.

We are a prequalified company