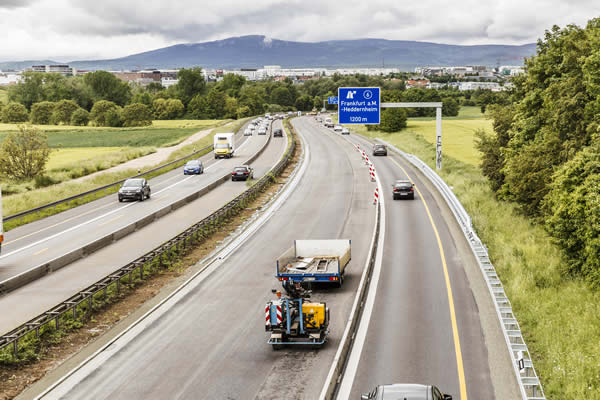 Frankfurt am Main is a special city in many ways. “Mainhatten” is the most important city for finance and banking in Germany and one of the leading finance-cities in the world. Besides it is one of the biggest cities in Germany in general with be largest airport.

Usually around 730,000 people live in the city. But a lot of people are working in the city center whilst living in suburbs.

So during weekdays the number of people in Frankfurt am Main raises up to more than a million. A lot of commuters are obviously a challenge for the traffic of a city.

Hundreds of thousands of people are driving in and out of the city every day – hard work for traffic planer especially in road work areas.

In Frankfurt am Main safeguarding a road work area and traffic management around these areas are both important. IBOTECH is your competent partner for all questions around road work in Frankfurt. 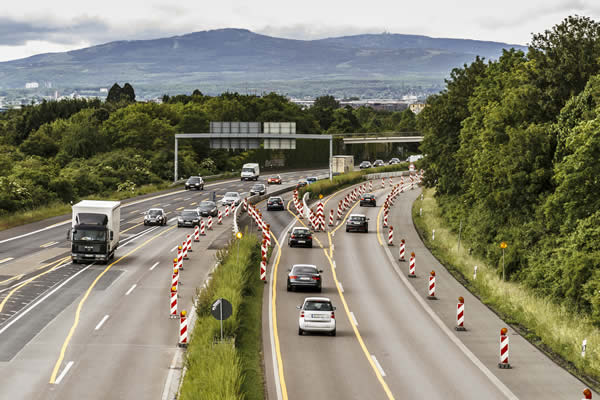 Bicycles, pedestrians and many cars – the all must be protected by safety measures.In city center usually sidewalks need to be safeguarded as well.

Planning a road work area is necessary for example to develop an individual safety concept. The size and location vary so that different traffic signs or other components are required. Sometimes modern transportable traffic lights are needed. Additional traffic jams should be avoided completely if possible.

With a lot of traffic in cities like Frankfurt am Main road work safety is a complex business. 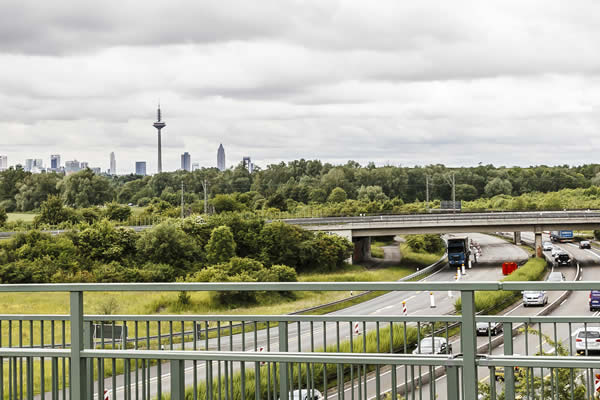 We are the perfect partner for your request.

In big cities like Frankfurt am Main special knowledge and skills are important for a successful road work safety. If you need a company with great expertise and one-stop service you should contact IBOTECH.

We are a prequalified company