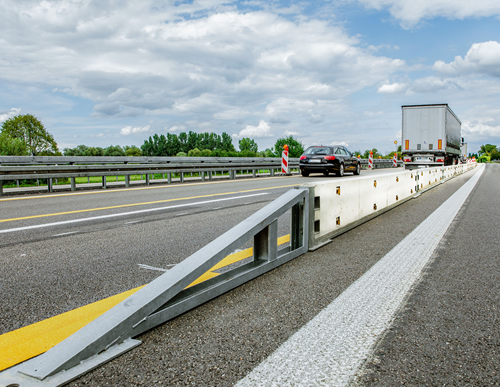 The IBOWand 500-18 is one of the most innovative traffic security elements. It combines the two main factors of transportable road barriers: Safety and functionality. Firstly, IBOTECHs mobile safety barrier guarantees a higher level of security in traffic construction sites. And secondly, it is implementable on almost every road due to the very narrow width. The exceptional feature of the IBOWand500-18 is the narrow structural width of only 18 cm. This makes the road barrier unique compared to competitors. With the successful check by BASt the safety wall fulfills all criteria for a high containment level with the area of influence W1. Apart from the narrow structural width the IBOWand 500-18 is characterized by its low weight. The road barrier is flexibly useable, quickly installed and does not need much space on roads. For the first time a high level of security can be provided also on narrow roads. Because of these features IBOTECHs transportable road barrier 500-18 is matchless in the field of traffic security. With the successful BASt-check of the IBOWand 500-18 the traffic security specialist IBOTECH expands its modern product portfolio by a light, efficient and narrow element. The interaction of a first-class product quality and the narrow width of 18 cm makes the mobile road barrier a perfect choice for more safety in traffic construction sites on narrow roads. 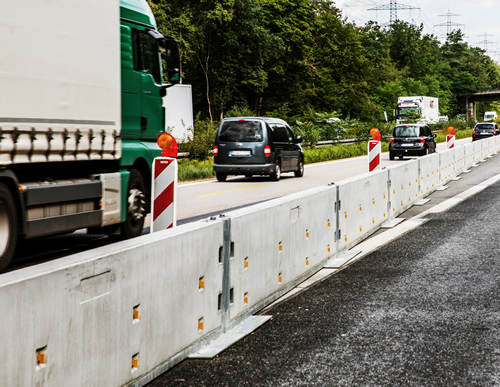 Transportable road barriers are probably the most important safety elements in traffic construction sites. They lower the risk of serious accidents with oncoming traffic significant and increase the safety for the traffic. IBOTECH is one of the leading providers of mobile road barriers for many years. With the IBOWand 850-30 IBOTECH developed one of the best and latest traffic wall barriers.

In combination with the narrow width of 30 cm the road barrier is a real innovation for more safety in traffic. The BASt-checked safety barrier complies with the European standard DIN EN 1317. Also, the IBOWand 850-30 is perfectly applicable for all roads also with oncoming traffic. It covers all possible areas of application of the ZTV-SA 97 (A, B, C, D and E).

The IBOWand 850-30 is made of first-class concrete and steel. Due to its characteristics the mobile road barrier is perfectly suitable as a traffic leading element for more safety for example in traffic construction sites on highly frequented roads. Because of the special mix of high containment levels, small areas of influence and the narrow width IBOTECHs mobile road barrier is a state-of-the-art traffic safety element. 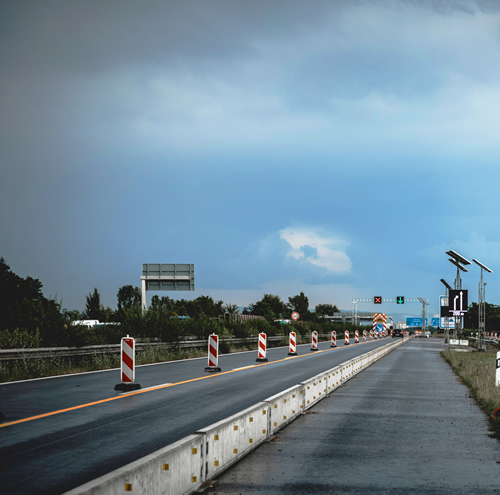 Transportable wall barriers are essential for the safety in traffic construction sites on highly frequented roads. As traffic leading elements they lower the risk of unnecessary traffic jams and protect the traffic from serious accidents. Unfortunately, they are too wide for the use on narrow roads. IBOTECH solved this problem with the innovative safety barrier IBOWand 500-18.

What makes the new mobile road barrier with containment level T3 and area of influence W2 special is the very small width of only 18 cm – this is unique in Germany. The low system width of the IBOWand 500-18 stands out against comparable products other manufacturers und allows the use of these kind of wall barriers on narrow roads for the first time.

IBOTECH is characterized by innovation, reliability and first-class product quality. Despite the low width of 18 cm the BASt-checked mobile road barriers are very robust and fulfill the European standard DIN EN 1317. With the brand-new IBOWand 500-18 of course the high protection level can be guaranteed again – due to the low system width from now on also in traffic construction sites on narrow roads. 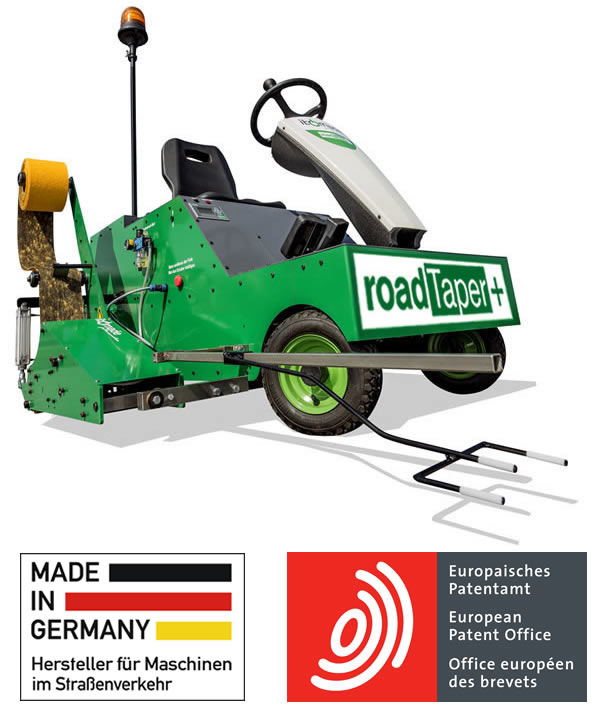 Our self-made marking machine for road marking works – the Road Taper+ - is one of the most innovative machines in this sector worldwide. For the Road Taper+ the IBOTECH GmbH & Co. KG with mastermind and inventor Ibrahim Bogocli did apply successfully for a patent. The European Patent Office confirmed the patent for this marking machine by a patent certificate.

With the patent approval the European Patent Office affirmed the innovative character of the road marking machine. All rights for the unique Road Taper+ rest with IBOTECH. 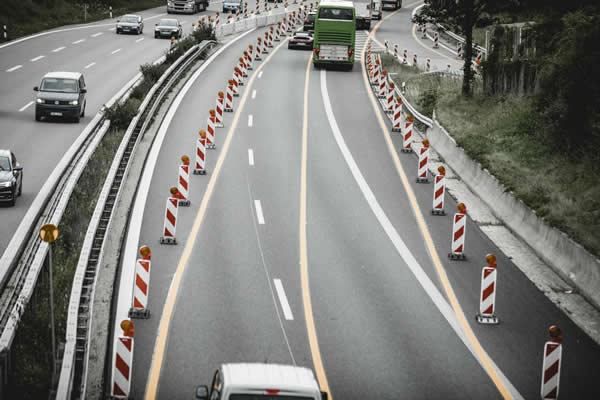 Regional board Karlsruhe | A 656 modernization of bridge 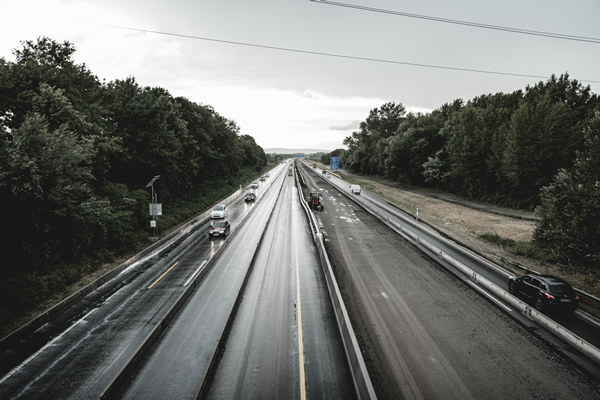 A 656, modernization of bridge Deutsche Bahn and Schwabenstraße in the area of the station Mannheim-Friedrichsfeld.

To reduce the time of road work the regional board is planning a 2+0 traffic routing with one lane to each direction at the road work area for the first phase (about 16 months) on A 656 between Heidelberg and Mannheim. 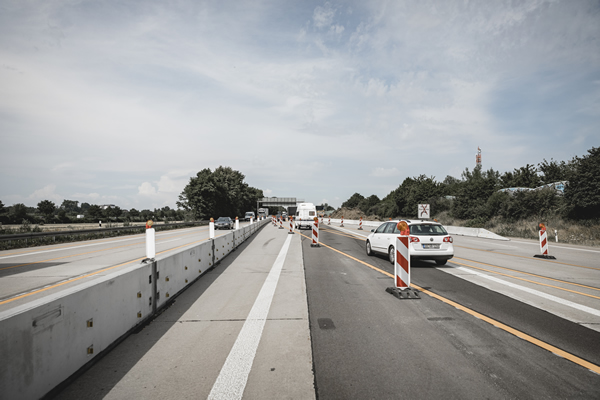 In road work areas the risk for traffic jams or even accidents is high. Therefore mobile LED traffic jam warning systems can help. They adapt automatically to new traffic situations so that temporary obstacles are displayed immediately and a fluent traffic can be guaranteed.

Since last week the road work at the Trubbach-bridge at the A 73 between Forchheim Nord and Forchheim Süd continued. In our new Radio Bamberg video you will experience for how long the road work area will last and what kind of improvement it will bring.

The preparation work for the new bridge temporary stopped the traffic at the A 5 completely.

Because of the new bridge construction between Eppelheim and Heidelberg old parts of the bridge had to be demolished. The road closing on both sides ended already yesterday in the early afternoon.

In Gernsbach near Karlsruhe the tunnel in the city center is made more secure for the traffic. Therefore IBOTECH fixed reflexive markers in the middle of the pavement.

For this road work the tunnel had to be closed for one night – but the traffic benefits from more safety.

The IBOWand 500 is one of the most modern transportable safety barriers for traffic. The barriers are quickly deliverable and constructed – for more safety in traffic.

On A 73 the 100 meter Trubbach-bridge was modernized. The traffic during the road work was led by IBOTECH – for a safer traffic.

Nine hours silence on A 73 near Forchheim

For the modernization of the Trubbach-bridge the A 73 was closed for one night until six o clock next morning. IBOTECH was taking care of the safety of the traffic.

Read more »
We are a prequalified company